The pivot point trading strategy is used by traders for equity, commodity and forex trading. It is usually used by traders to predict prices and the trend of the market for a particular time frame.

The process followed by a pivot trading indicator is simple. A simple average of the highs and the lows of the previous day’s trading is taken into account and the following day if the trading takes place higher to the pivot point the market is said to show a bullish trend or an uptrend. When the trading takes place below the pivot point it is said to be bearish market which shows a downturn.

While studying the technical indicator, pivot point along with the study of the prices there are other factors which are taken into consideration which is the support or the resistance the prices might face. If the price continues moving a particular direction continuously it shows an upcoming trend. The day traders take advantage of the pivot points to identify the entry point, stop and to demarcate the profit taking.

Why are pivot levels important for an intraday trader?

An intraday trader keeps an eye on the prices of the previous day prices and calculates the pivot point to get an understanding as to when and where the prices will start to rise and finally find resistance. This also helps the traders to identify the point from where the prices would begin to fall. There are seven main pivot points which are charted. There is one plotting which is in the middle of the chart and there are three points which is above the middle point and these are points of resistance and there are three points which are below the middle point which are points of support.

Intraday trading with the help of Pivot Levels

When a new pivot high is charted which is above the line of resistance it suggests a breakout suggesting an uptrend. When a new pivot low is charted with the prices below the support line this again suggests a breakout in a downtrend. The traders usually trade for a long position when the price breakout upward in a pivot point level. These breakouts can be usually spotted in the morning. During the second half of the day when a breakout is spotted below the line of resistance the market is bearish and the traders take a short position.

Intraday trading is an art which needs to be learnt from the pros. Most traders live with the regret of holding on to their stock too long or let it go too early. It is a struggle which most traders go through for years together. If the art of trading is learnt from people who are an institution of knowledge in trading there will be basics which will automatically get sorted.

Intraday trading is taught by an institution named “Share Market Profile “in Chennai. It is an online course so you can take the benefit of their course and get enrolled from anywhere in India. They help you get acquainted with the basics of stock trading and with guided practice they help you in becoming a pro in the field. To Know More AboutShare Market Profile Contact us: 9585844338 or Visit our website: https://www.sharemarketprofile.com/

How to use fundamental analysis in Stock Trading – Share Market Profile?

6 Things to Know Before You Trade in the Stock Market?

Basic to the advanced stock market trading course in Chennai

We train Market Profile and Order Flow concepts in Equities, Futures, Commodities, Forex, etc. We have 21 years of experience in markets with that we created Powerful trading strategies which gives Consistent Results. 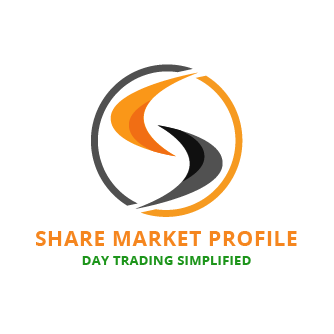